FICPI Australia Memorandum and Articles of Association, Code of Ethics & Guidelines is located in the Members Area which also has copies of presentations made at prior Annual Conferences and selected submissions.

FICPI Australia Report of attendance at Aristocrat (appellant) and The Commissioner of Patents (respondent) HC Appeal Case No. S40/2022 9th and 10 of June 2022 by Bill McFarlane.

The High Court was to be constituted by seven Justices but only six Justices were available to hear the matter as Justice Gleeson was absent due to illness. Justices Stewart, Gordon, Gageler, Chief Justice Kiefel, Keane and Edelman heard the matter over the next day and half.

Chief Justice Keifel strictly controlled the time allocated (3 hours each) to the appellant and the respondent, 30 minutes to the Institute of Patent and Trade Marks Attorneys Australia (IPTA) as amicus curiae and approximately 30 minutes in reply by the appellant to conclude the appeal proceedings.

It is impossible to report or adequately summarise all the argument espoused by respective Counsel in this very short report. The following is my personal view of the proceedings and any omissions or incorrect reporting is my error alone.

In this very brief report I can state that both sides of the argument were well elucidated and the Justices asked many questions. It is notable that the US Supreme Court decision of Alice relating to USC § 101 was mentioned a number of times (so it is anticipated that FICPI Australia’s submission would be a useful resource). The oral submission by Counsel for IPTA was interjected with many questions and in my view supported the submission made on behalf of the appellant.

It was apparent that the Justices had read the various submissions, but in my view it took some time for the key points of the appellant’s case to become clear to them as the questions posed by the Justices developed beyond the more basic characterisation of the invention of a game and an Electronic Gaming Machine (EGM) until the Justices were appreciating that the claim should be considered as a whole in light of the specification and that all the elements of the claim provided a combination of elements working together to produce a particular outcome. That such a characterisation should be separate from the questions of novelty and inventive step of the claimed invention, that is the concepts of patent eligibility and patent eligible subject matter which satisfy a low level satisfied that there is a distinction between subject matter from the fine arts and the practical arts. The appellant extensively reviewed the wording of the seminal NRDC case and also referred to the Statute of Monopolies seeking to direct the Justices to follow the broad principles described therein and cited with approval by the Federal and High Court many times.

The respondent’s case urged the Justices to deem that the claim was merely to the rules of a game implemented on a EGM (of standard configuration). Nothing more or less than having that characterisation and that Federal Court decisions starting with Research Affiliates has created juris prudence effectively excluding computer-implemented inventions and later and more recently supported in decisions of the Full Federal Court in RPL, Rokt and Repipe. Importantly, the respondent argued that the decision being appealed does not set a rigid and formulaic test which discriminate against computer-implemented inventions. The respondent argued that the primary Judge had mischaracterised the invention and that they had created a two-step approach that had been corrected by the Full Federal Court. In the respondent’s view the correct characterisation of the claim in question was to the use of a computer to implement an abstract idea.

The respondent also strenuously defended the decisions of the Full Federal Courts majority stating that they properly applied the case law including the much discussed NRDC case and that as such no points of principle upon which the HCA should properly allow an appeal to succeed.

I have taken some time to reflect on the case that I was witness to and am still grappling with the concepts and principles discussed at great length by all the parties. I am certainly hopeful that the Justices of the HCA are likewise able to carefully and thoughtfully resolve in their minds the key issues and provide a decision that will be useful to everyone within the patent ecosystem.

The HCA will provide their opinion in the coming months (likely October 2022) and they are the final arbiter of the vexed questions that are live in this matter.

A list of Australian members is available for all your intellectual property law needs. 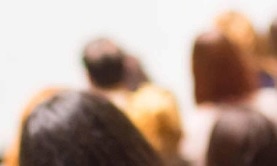 Read the latest blogs and articles from FICPI International 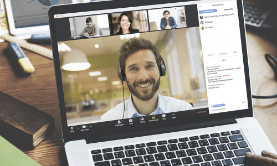 FICPI Australia holds an AGM prior to a conference which is held at a different location each year.